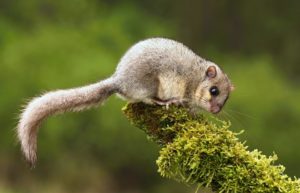 The Glis Glis or fat edible dormouse is one of Britain’s rarest introduced mammals, resembling a small grey squirrel.The Glis Glis are very agile and stealthy and can be present in your building without you ever knowing. They will mark their territory with a glandular secretion which often causes a strong odour in an area close to where they are living. When the seasons change the Glis Glis looks to hibernate, in your home, business premises, lofts, garages just about anywhere were they can find a warm, cosy area to bed down over winter. The species is confined to a relatively restricted area, concentrated in a 200-square-mile triangle between Beaconsfield, Aylesbury and Luton. They are protected by law and can only be trapped under licence, we are licenced to carry out trapping and will give you a price by phone or email.

We also provide wasps and bees Treatment services in Oxfordshire, including .